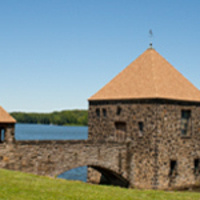 Join us for a history about bluebirds, a look inside a nesting box and information on how to monitor your own boxes. Space will be limited to 15...

Join the park naturalist for a virtual program about trail cameras and what they capture. All of the trail camera pictures have been collected from...

Join Chris Davis from the University of Pittsburgh’s Pymatuning Lab of Ecology for an evening of pond fun! Participants will learn the calls of our local...

Join the park naturalist to learn about these amazing raptors and possibly see some of them that call Pymatuning home. Face masks are required. Space is...