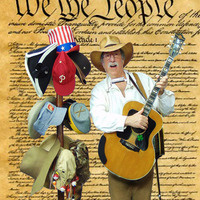 ‘Seneca Point by Candlelight’     Take a walk back in time with historical characters from the past.  Please meet at the Fire Tower parking lot where a 1750’s French Marine will guide us through the ancient rocks of Seneca Point in search of Seneca & Abanaki warriors on their trek south along the Catawba Trail.

Paul Stillman as a ‘Seneca Indian’     A Native American visits us from the past on his trip from New York as he travels south along the historic Olean Trail.  Please bring your camp chairs and meet at the Log Cabin Inn Environmental Learning Classroom where he will be preparing for his trip.

Paul Stillman and Dave Clark as ‘The North Meets South’     Come see the Civil War through a New York regimental line soldier and a rebel of the Army of Northern Virginia.  Please bring your camp chairs and meet at the Log Cabin Inn Environmental Learning Classroom.

Paul Stillman as a ‘Provincial Soldier’     Talk with a British Provincial soldier from the colony of Pennsylvania during the French & Indian War at the Ridge Camp Park Amphitheater.  As a citizen soldier and family man, he enjoyed being the first line of defense of the British that would fight the French in Western Pennsylvania during the 1750’s.  Examine his gear, food stuffs, and weapons which helped him survive harsh winters and starvation.

Dave Clark as a ‘Korean War Marine’     Join a Marine from the 1st Div, 5th Reg, 1st BN at the edge of the parking lot field near the Log Cabin Inn Environmental Learning Classroom as he walks you through the landing at Inchon and the story of the Frozen Chosin.  Learn about the cause and conditions Marines and soldiers fought in during the Forgotten War.  Look for the deuce & ½ !!!

Paul Stillman as a ‘Colonial Craftsman’     Learn how things were made during the early part of the 18th century during a quill and bamboo pen fabrication workshop.  Please bring your camp chairs at meet at the Log Cabin Inn Environmental Learning Classroom.

‘Colonial Life for Children’     Imagine yourself as a child growing up in the mid 1700’s.  What would you do for fun?  What clothing might you wear?  Would you go to school?  Find all this out and more at the Log Cabin Inn Environmental Learning Classroom, as the Noel   family shares what Colonial times were like for children.

Ray Owen, GRAMMY nominated singer, songwriter, and storyteller, will be presenting 'Hats Off to Pennsylvania: History Through Music’ at the Ridge Camp Park Amphitheater.  Ray has performed with legendary entertainers such as Garth Brooks, Arlo Guthrie, Bill Monroe, Bob Hope, and Willie Nelson.  Join us for a musical journey through important historical events that happened in Pennsylvania.  Don’t  forget your chairs and blankets!

This event content is powered by Localist Event Calendar Software.